You are here: Home / Gluten Testing in Calgary & Cochrane

At Flourish Clinic, we offer the most comprehensive gluten testing to identify hidden gluten and wheat allergies.

Did you know: You can test negative for celiac disease and still be allergic to gluten?

Proper testing for gluten-related allergies and sensitivities is much more complicated than a screen for celiac disease. Unfortunately, in conventional medicine, this is often where the exploration stops.

Up to 30% of people are sensitive to gluten. Gluten sensitivities are becoming so common that the World Health Organization (WHO) recently recommended that everyone should be screened for celiac disease.

A lot of the information surrounding the proper diagnosis of celiac disease and gluten sensitivities is wrong. Many people who test negative for celiac disease believe they can eat wheat products without issue. This is untrue. Others believe they react to wheat but are unsure how to diagnose their reaction. 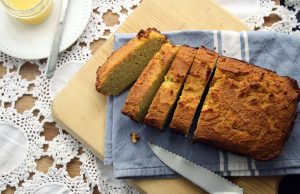 At Flourish Clinic we’re confident that we can help you uncover the root cause of your digestive issues and get you back to feeling healthy and full of energy.

One way to think of us is as “health detectives.” Our job is to investigate the underlying cause of your illness. We look past the symptoms and focus on what is maintaining disease in your body. We use a variety of tools in our investigations, including detailed questionnaires, a thorough medical history, and comprehensive laboratory tests including the Cyrex labs.

At Flourish Clinic, we are the Southern Alberta experts in gluten testing and wheat-related illness.

Mark and Ali have been fantastic to work with! They are committed to helping their clients achieve wellness, and are dedicated to learning and growing in their fields.

Mark has helped to uncover the causes of my long term fatigue and depression through targeted testing (yay, no guessing), diet changes and effective supplements.

I would highly recommend Mark and Ali to anyone struggling to figure out the causes and resolutions for their issues.

How is our gluten testing different?

The testing done by your medical doctor or naturopath for gluten and wheat allergies is not comprehensive. Traditional testing only measures one of your immune responses. The testing we use at Flourish Clinic checks all systems that have the potential to react.

Did you know: Gluten isn’t the only part of wheat you can react to?

The comprehensive testing used at Flourish Clinic is the most thorough wheat allergen test available.

Who should get gluten testing done?

The following factors increase your risk of developing a gluten- or wheat-related illness. You should be tested if you:

What type of gluten testing do you offer?

We combine a thorough medical history with cutting-edge laboratory tests and the most up-to-date research on gluten-related illness.

Why are so many people allergic to gluten?

Imagine the entire time that humans have existed to be equivalent to the length of a football field (100 yards long). For 99.5 of those yards, we ate meats, fruits, and vegetables. It is only the last half yard of the football field that we have consumed grains.

Our bodies have not adapted to eating grains like wheat. This is why gluten sensitivity and celiac disease is so prevalent. It’s an evolutionary mismatch.

How can I learn more about gluten-related illness?

Why to Start A Gluten Free Diet

Why You Are Allergic to Gluten