You are here: Home / Eat for Energy / Celiac Disease: A Hidden Cause Of Fatigue

Diagnosing celiac disease based solely on symptoms is notoriously challenging. Symptoms often come on gradually and have a tendency to ebb and flow. More importantly, the hallmark symptoms of celiac disease may not be what you think. Yes, fatigue could be your only symptom. Celiac disease does not only affect your gut.

Celiac disease is an illness that causes damage to the digestive tract, right?

The small intestine is where celiac disease exerts most of its damage. But the symptoms may have nothing to do with digestion at all! The symptom picture of celiac disease is far greater reaching than researchers originally thought.

What is celiac disease?

Celiac disease is a chronic intestinal disease caused by an intolerance to gluten. It is characterized by your own immune system attacking the villi of your intestines. Celiac disease is associated with maldigestion and malabsorption of many vitamins and nutrients. (2)

The intestinal villi are small, finger-like projections that protrude from the walls of your intestine into the lumen. Intestinal villi add a great deal of surface area to your digestive tract. The added surface area increases your body’s ability to digest and absorb nutrients from our food. In celiac disease, these villi become inflamed and eventually flattened. This decrease in surface area is what causes the malabsorption and malnutrition commonly found in celiac disease.

Where did celiac disease come from?

The first clear description of celiac disease was given by Samuel Gee in 1888. (3) Though, it is thought to have originally been detailed by Aretaeus of Cappadocia in the second century. The doctoral thesis of Wim Dicke in 1950 established that exclusion of wheat, rye, and oats from the diet led to dramatic improvement in symptoms. The link between the gluten protein and celiac disease was made in 1952 by a team of scientists from Birmingham, England. (4)

Historically, celiac disease was thought of as a wasting disease. Wasting refers to the process by which a debilitating disease causes muscle and fat tissue to “waste” away. (5) The typical picture of celiac disease involved a child with diarrhea, malabsorption, failure to thrive, muscle wasting, and a distended belly. (6)

Did you catch that last part?

Celiac disease that has no symptoms related to the digestive tract is the most common form of the disease. Chronic joint pain, headaches, muscle aches, fatigue, and many other symptoms could actually be undiagnosed celiac disease.

Why does celiac disease develop?

There is currently not a clear reason as to why celiac disease exists. Right now we only have plausible theories. Though, none of them have been proven. Celiac disease is an incredibly complex disease process and its effect(s) on our body are still poorly understood.

Signs and symptoms of celiac disease

I’m going to divide this section into two parts. The first is classic celiac disease – this is the celiac disease you’re familiar with. The second- silent celiac disease – has a wide-range of symptoms that you probably never associated with a gluten intolerance!

Silent celiac disease includes symptoms that often have nothing to do with the digestive tract. Many of them are not associated with classic celiac disease. These include:

To further complicate the diagnostic picture, some patients with celiac disease are truly asymptomatic. Meaning that they present with no symptoms. None! Please note, that while symptoms may not be present, due to the flattening of intestinal villi, nutrients are not being absorbed. Over time, nutrient deficiencies will become more severe.

I always advocate that fatigue is not a normal feeling. It’s a sign that something is not functioning right in your body. It could be a simple as a lack of sleep. But if your fatigue continues unchecked for a long period of time, you should dig a little deeper. A celiac screen is a perfect place to start!

Yet another form of celiac disease

Are you starting to get an idea of how murky celiac disease can be?

A gluten-free diet is not recommended for those with latent celiac disease. However, my clinical experience goes against this ruling. As the gluten protein is often a trigger for autoimmune disease through its effect on causing intestinal permeability or, leaky gut. Adherence to a gluten-free diet is likely to show improvements in tissue antibodies.

The connection between gluten and fatigue

Look how similar the symptom presentation of silent celiac disease and chronic fatigue syndrome are – fatigue, insomnia, brain fog, skin issues, and headaches. Sounds a lot like CFS doesn’t it?

Those with celiac disease report higher levels of fatigue. (12) And not just a little bit more fatigue – 20% reported an increase in fatigue! This could be due to a lack of absorption of vitamins and minerals caused by the flattening of their intestinal villi.

So if you have chronic fatigue syndrome, ask for a celiac screen!

How should celiac disease be diagnosed?

Do you have a gluten allergy or a gluten sensitivity?

Patients with these HLA genes are at increased risk of gluten proteins triggering an abnormal response from their immune system. This can result in the production of tTG autoantibodies and a chronic inflammation of the lining of the small intestine.

There is only one definitive means of diagnosing celiac disease. This is an intestinal biopsy. Positive blood tests or genetic markers do not definitively diagnose celiac disease. A biopsy is positive when it shows flattened intestinal villi. Keep in mind that you will be biopsied only if your blood test reveals a positive result. (16)

If you are experiencing unexplained fatigue, a good place to start is with genetic testing. If you find that you’re positive for the HLA genes, you have good reason to explore further gluten-related testing.

Should you get tested?

I stated at the beginning of this post: for every diagnosed case of celiac disease, there are 7-10 individuals who have celiac disease that continue on, undiagnosed. (17)

The following are factors that increase the risk for celiac disease: (19)

If you have one or more of these risk factors, it is worth talking to your doctor about ruling out celiac disease. It’s definitely worth ruling out celiac disease if  you’ve been suffering from unexplainable levels of fatigue. If you have other unexplained symptoms, ask your doctor to test you for celiac. There is no downside to testing and there is a massive upside!

What symptoms did you have before being diagnosed with celiac disease?

Where you fatigued/exhausted before you learned you were sensitive/allergic to wheat? 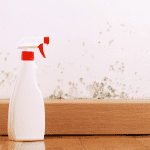 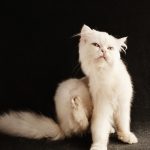 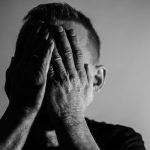