You are here: Home / Clear Focused Mind / Your Cholesterol Medication Is Making You Tired

Unfortunately, these (often overprescribed) drugs can be an insidious cause of fatigue.

Statin medications are in the top 3 of most prescribed medications. (2) More than thirty million Americans are currently taking cholesterol medication. In Canada, one in ten people is taking a statin drug. But doctors feel that number should be closer to one in four people. That’s 25% of the Canadian population! (3)

Lipitor is thought to be the best selling medication in history. (4) In 2008, Lipitor alone reached sales of more than $12 billion. Clearly, these drugs are prescribed at incredibly high rates.

Perhaps the surge in cholesterol medication use could be behind the high levels of fatigue purported by many North American citizens.

What exactly is a statin?

Statins work by blocking receptor sites for HMG-CoA. HMG-CoA is one of the first enzymes used in a chain of chemical reactions to produce cholesterol. Statins target HMG-CoA in your liver.

More than 80% of your body’s total cholesterol production is done so internally. Only 20% of your cholesterol comes via the food you eat. When your liver can no longer produce cholesterol, your blood levels of cholesterol will fall.

Why take a statin?

It’s not that elevated cholesterol is bad, it’s the consequences associated with high cholesterol levels that are bad. Cholesterol medications are prescribed to help lower the risk of cardiovascular disease.

Cardiovascular or heart disease continues to be the number one cause of death in the world. (5) But as you’ll soon see, taking a statin may not actually lower your risk of heart disease at all!

You likely grew up hearing that fat was bad. Eating foods like butter, bacon, and red meat would raise your cholesterol levels and thus increase your risk of dying from a heart attack. But recent research is suggesting that this simply isn’t true.

A meta-analysis of more than 23 difference studies showed that low-carb (high fat) diets actually have beneficial effects on your health (including lowering your risk for cardiovascular disease). (6) And a massive study of more than 600,000 participants found that high levels of saturated fat consumption were not connected to cardiovascular disease. (7) For a deeper dive into the connection between cholesterol and heart disease, check out this article.

In summary, you were prescribed a statin medication to help lower your cholesterol. Which was thought to lower your risk of heart disease. But new research suggests that just may not be as irrefutable as we once thought.

Instead, your cholesterol medication could be adding to your fatigue!

Cholesterol medication’s effect on your body

Here’s a list of some of the common side effects associated with Lipitor: (8)

Lipitor (and all statin medications) block the HMG-CoA enzyme. Which stops your body’s internal cholesterol production. But this also stops a huge range of other (beneficial) processes from taking place.

Co-enzyme Q10 deficiency is responsible for a number of the side-effects associated with statin drugs. And it could be the main cause of your cholesterol medication-induced fatigue!

Cholesterol medication’s effect on your brain

The side-effects or consequences of statin use are not limited to your body. They can also have dramatic effects on your brain!

Weighing only three pounds (or 2-3% of your body weight) your brain houses 25% of your body’s total cholesterol. Your brain uses cholesterol to form myelin (an insulative coating) around its nerves. Cholesterol is so important to your brain’s health that elderly patients with the highest levels of cholesterol actually have been shown to have the best memory/cognitive function. (9) With all that cholesterol stored in your brain, it’s not hard to believe that a statin medication will have an effect on your mental health as well.

Statin medications have also been linked to cognitive impairment and even Alzheimer’s disease. (13, 14) While there have not yet been any studies done on the link between statin use and chronic fatigue, the fact that statins affect your brain health should make you cautious. Those with CFS often report brain fog and/or cognitive impairment. Avoiding medications that are known to contribute to these symptoms are best avoided.

Depressed mental states, cognitive impairment, and even an increased risk of Alzheimer’s disease. All of which are strongly connected to the use of cholesterol medication. If you have chronic fatigue, I suggest you proceed cautiously when your doctor recommends you take a statin. Discuss the risks and benefits in great detail. And always put forth due diligence on alternatives to statin medications.

Coenzyme Q10 is also known as ubiquinone, ubidecarenone, coenzyme Q, and abbreviated at times to CoQ10.  I’ve written an in-depth report about CoQ10 in the context of the best supplements for chronic fatigue syndrome. The condensed version is CoQ10 assists your mitochondria in producing ATP. In chronic fatigue syndrome, the body struggles to produce enough ATP. Low levels of ATP or, impaired ATP production results in fatigue.

When you exercise, your muscles go through a lot of contract-relax repetitions. This requires large amounts of ATP. If you’re low on CoQ10, your body is going to struggle to create enough ATP to keep up with the demands of your workout routine. This will increase your risk of muscle injury. You’ll also feel a lot higher levels of muscle fatigue during your workouts. The mitochondria in your muscles simply can’t keep up with the demand.

If you want to overcome fatigue, you need to optimize your mitochondrial function. Supplements help. Statins will make it worse.

How to increase your energy while on cholesterol medication

Now you know that statins will decrease your CoQ10 levels, resulting in increased levels of fatigue. Therefore if you’re on a statin medication, adding a CoQ10 supplement is probably the best thing you can do. Studies have shown that the simple addition of CoQ10 resulted in improved muscle pain, weakness, and fatiguability. (10, 11)

When supplementing CoQ10 , ensure it is an oil-based/liposomal form. These kinds of CoQ10 have far higher absorption rates. When you look at the back of the bottle, ensure that the type of CoQ10 is listed as ubiquinol. Ubiquinol is the most easily utilized by your mitochondria. (16)

Take 600-3000mg of CoQ10 every day. If you’re on a statin medication, ensure your dose is at the upper end of the range. CoQ10 has been shown to be extremely safe even at high doses.

If you find that the addition of CoQ10 is not improving your energy. Check out the other supplements I recommend for chronic fatigue. Adding one or two more may be enough to increase those low energy levels!

How to balance your cholesterol without using medication

You’ve been told for years to stop eating high-fat foods – they’ll only raise your cholesterol (or so we thought!). But a lot of new research suggests this simply isn’t true. Researchers got on the fat is bad train way back in the 1950s. (17) And that belief system has maintained a firm grip on our consciousness for the last 60+ years. Even when new research suggests this simply isn’t the case.

The cholesterol you consume in your diet has little to no impact on your blood levels of cholesterol. (18, 19) Now let me insert an exception to this rule – those with specific genetic traits (about 25% of the population) will see an increase in their blood cholesterol levels as a result of the food they eat. For the other 75% of you, your food will not impact your cholesterol. Bring on the keto diets!

If fat doesn’t alter your cholesterol, what does?

A modern, industrialized diet. More specifically, a diet high in refined carbohydrates. A diet high in refined carbohydrates negatively aggravates cholesterol levels and is associated with increased triglycerides and small LDL particles, decreased HDL, diabetes, and obesity. (20) If you want to lower your cholesterol levels, you need to eat healthy fats. And lots of them.

You also need to significantly reduce your carbohydrate intake. Especially refined carbohydrates. A large study of low-carbohydrate diets found this type of diet decreased your risk of cardiovascular disease, lowered blood sugar levels, and even decreased inflammatory markers in your body. (21)

If you’re new to the paleo/keto diets, I recommend you start with our fatigue reset diet. It’s the perfect template to improve your energy and balance your cholesterol levels. If you know you have the right genes for a keto diet, then opt for a full-on keto diet. Keto diets are the best nutrition plans for overcoming fatigue.

By making these dietary changes, you should see an improvement in your cholesterol levels in a short period of time. This will prevent you from ever having to go on cholesterol medication. Which will ensure your energy levels stay high!

How has cholesterol medication affected your health?

Want to know more than your doctor about fatigue? 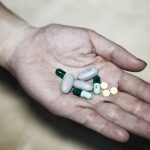