You are here: Home / Clear Focused Mind / The Law Of Attraction: A Guide For Realists

An entire self-help industry has been created on the premise of manifestation and the law of attraction.

All you need to do is think about what you want in life and it can be yours!

Is the reason why you don’t have  6-pack abs, more money, a better love life, more energy, etc. just because you’re not practicing the law of attraction correctly?

There’s a lot more to achieving your goals – whatever they may be – than simply thinking about them. In today’s post, I’ll show you the evidence behind the practice of the law of manifestation. You’ll learn whether manifestation is a legitimate path towards your goals or just a bunch of new-age hooey.

You may also know it as the law of attraction. What I’m referring to is the practice of bringing something intangible or theoretical, like a thought or feeling, into your physical reality.

Proponents of the law of attraction suggest that your thoughts are made of energy. And that because of this, like-energy attracts like-energy. Therefore, in order to create the life of your dreams, all you need do is to think about that which you desire.

Through this way of thinking, it is suggested that you can increase your wealth, improve your relationships, or achieve just about anything you’d like.

Sounds too good to be true.

Is the law of attraction even a law?

Laws come about through empirical evidence. Meaning that if what you’re observing is, in fact, a law, it should be observable over and over again. If you drop an object from any height within our atmosphere, it makes its way towards the Earth. Every time. This is the law of gravity at work.

The law of attraction has not held up to the same scientific rigor as gravity. Not even close.

It is true that your brain produces energy when you think. The transmission of ions across your brain synapses is evidence of electrical activity. The movement of these ions does indeed produce a magnetic field.

Before you starting jumping up and down claiming the law of attraction works, know that the magnetic field created by your thoughts is small. Very, very small.

In fact, it’s so small that it can only be measured using what is known as a superconducting quantum interference device (SQUID) in a room that is heavily shielded from outside magnetic sources. Any energy emitted by your thoughts would be consumed by the Earth’s magnetic field the moment you leave the shielded room. Combine that with the interference from EMFs, WIFI signals, and all the other noise in our modern world and the energy emitted from your thoughts don’t stand a chance of making their way out into the universe to manifest your desires!

The law of attraction would be apter if it was named a theory of attraction. At this point, we certainly can’t conclude it to be law. We’ll see what advances in quantum physics bring but I’m not going to hold my breath about this theory becoming a full-fledged law!

Why the law of attraction doesn’t work

The law of attraction suggests you focus on the outcome(s) you would like to achieve. It’s very much the same as positive thinking – the focusing of your attention on a desired goal/outcome and ignoring or avoiding thoughts and feelings to the contrary.

If you keep your focus on your goals, you should be better able to achieve them, right?

That’s not what the research suggests. In fact, focusing on the end result of your goals has actually been shown to worsen desired outcomes. (1)

The process-based group outperformed the control group. No surprise here – focusing on study habits and writing the exam seemed to better prepare students for the exam.

More surprising, the outcome-based group – those instructed to focus their thoughts and attention on getting a good grade – actually did worse than the control group.

Researchers concluded that it came down to planning. The process-based group had a detailed action plan. This leads to more hours of studying and lower levels of pre-test anxiety because they felt confident in the plan.

The outcome-based group (those focusing on getting a good grade) fell into what is known as the planning fallacy. The planning fallacy is the tendency to underestimate the time, costs, and risks of future actions and at the same time overestimate the benefits of the same actions. (2) The outcome-based group’s overconfidence lead to lower amounts of time spent studying and higher levels of anxiety come test time.

The law of attraction suggests all you need do is focus on your desired outcome. Research suggests this is the wrong way to achieve goals.

I’ll leave it with you to decide.

Though I think you’d be wiser to focus on the process, not the outcome 😉

Does avoiding the law of attraction make you a pessimist?

Not at all. If anything, you’d be wise to combine aspects of optimism and pessimism depending on the situation.

But when the cost of failure is high, optimism needs to be checked. In these circumstances, you’re better off being realistic/pessimistic.

I’d recommend you avoid the law of attraction and/or positive thinking during the end of life or when dealing with a terminal illness. At first blush, it may seem that these are the perfect opportunities to stay positive. But the research suggests that when your life is on the line, positive thinking is best avoided. (5, 6)

Individuals dealing with a terminal illness may focus on the law of attraction or positive thinking in lieu of conventional treatment. If one’s illness is not improved through positive thinking, there can be devastating psychological consequences.

Coming to terms with our own mortality will be one of the most challenging processes that we each face. Delaying or postponing this by way of positive thinking at the end of life is not the time or the place. Researchers have found that if you have a terminal illness, whether you’re an optimist or a pessimist had absolutely no effect on your mortality. (7)

When your life is on the line, be a pessimist. When the cost of failing is low, be an optimist. Unwavering optimism can lead to carelessness and failure. Stark pessimism can lead to lowered health outcomes. (8)

Whether or not you buy into the law of attraction, be flexible with your mindset. There’s a time and a place for optimism and pessimism.

The dark side of the law of attraction

If you believe that you have the power to manifest all the good things in your life then you also believe you manifest all the negative in your life as well. At first blush, this may seem empowering. You are the creator of your universe! But this type of thinking can be quite destructive.

Telling someone with a terminal illness that they brought this on themselves because of their thinking is indefensible. Telling yourself that your illness was brought about through negative self-talk is not at all helpful. I guarantee that there is much more to the cause of your illness than your mindset.

How to make the law of attraction work for you

Instead of focusing on the advice of the friend who claims she manifested her new car, I think you’d be better to focus on the research.

Adopting a new nutrition plan is a good place to implement the law of attraction. The consequences of not following the nutrition plan are likely very small. Staying positive/optimistic will likely improve the chances of you adhering to the plan – especially after a slip-up.

If you do decide that the law of attraction is your jam, remember that instead of focusing on the outcome, you should focus on the process. After deciding on your next life goal, stop thinking about the finish line. Instead, focus on how you’re going to make it to that finish line.

Ok, now it’s time to hear from you!

What are your thoughts on the law of attraction?

How do you implement it in your life? 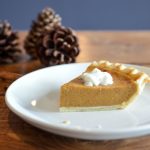 • Does L-Glutamine Heal A Leaky Gut?
• Can a Cortisone Shot Cause Fatigue?
• Low Stomach Acid & IBS: What’s The Connection?