You are here: Home / Clear Focused Mind / Why Your Mindset Is Making You Fatigued

Contrary to what you may believe, the feeling of gloom or dread that often accompanies chronic fatigue is a learned behavior.

And just like how you learned these negative emotions, you can unlearn them and replace them with the mindset needed to overcome fatigue!

No, this is not a post about the gifts found in a health challenge. It’s about the science behind your behavior. Specifically, how being optimistic (or pessimistic) is learned. You come into this world neutral – neither an optimist or a pessimist.

The experiences you go through in life teach you to default to either optimism or pessimism. Let me be crystal clear, you learn these modes of thought. They are not the default settings operating in your brain.

Much like how you learn to walk, talk, ride a bike, or play the guitar, you can learn to be optimistic. Optimism is a skill no different than the previous ones I listed. And if you’re battling an illness like chronic fatigue, you need to cultivate a mindset that will increase your energy!

Are you an optimist or a pessimist?

before you read any more of this post, find out whether you have the mindset needed to overcome chronic fatigue syndrome. You can take the learned optimism test here. After you’ve got your results, head back to this post and continue reading!

How you create the wrong mindset for overcoming fatigue

Research on learned helplessness (pessimism) began in the 1960s. The very first experiment involved three groups of dogs. In group one, the dogs received a small electrical shock until they learned to press a lever with their nose; which then stopped the shocks. Group two received identical electrical shocks that occurred no matter what they did. And group three did not receive any electrical shocks. (1, 2)

The hypothesis being tested by this study was that the dogs that had no control over receiving shocks eventually gave up. In other words, they learned to be helpless.

Something rather remarkable happened in this experiment…

But group two (the dogs that could not escape the shock) behaved in a completely different way. They laid down and accepted the shocks. They made no attempt to jump over the small barrier and avoid the shock. They learned to be helpless. They created a mindset that prevented them from getting better.

Perhaps equally remarkable, researchers were able to re-train the “helpless” dogs. After continued effort in showing the dogs that they could avoid the shock by jumping the barrier, researchers illustrated that helplessness can also be unlearned. Your brain is plastic. It can learn and unlearn behaviors better than any other species on Earth!

But this happened on dogs. Do humans respond in a similar manner?

Research in the 1970s proved that the same effect occurred to humans. (3, 4) This research used a similar three group method. This difference was that instead of a shock, researchers played a loud, obnoxious noise into the room. In the first group, the noise could be stopped by pushing the right pattern of buttons. In the second group, the noise could not be stopped no matter what buttons were pushed. And in the third group, there was no noise played into the room.

A follow-up experiment exposed participants to an annoying whooshing sound. But it could easily be stopped by placing your hand on one side of the room. Those in the second group (the ones unable to stop the noise) just sat there. Just like the dogs, the human subjects in the second group learned how to be helpless. They created a mindset that was not conducive to health.

Perhaps even more remarkable was that about thirty percent of subjects in group two (both humans and dogs) remained resilient – they did not become helpless. Even though they suffered a setback, their mindset remained optimistic. And about ten percent of subjects in the first group (both humans and dogs) learned helplessness. Their mindset was already set in a pessimistic state. Likely due to previous life experiences. Remember, these mindsets are learned.

Why do some people have the resolve to overcome hardships/obstacles while others struggle?

What are the consequences of a pessimistic mindset?

If you are pessimistic, your internal dialogue will look (or, sound) a lot different than that of an optimist. Those with a pessimistic or helpless attitude tend to describe situations/events to themselves in the following ways:

Let me give you a quick example:

You’re driving your car home after a long day at work. It’s the middle of rush hour. There are cars everywhere. As you approach an off-ramp, a car to your left cuts in front of you to make the exit. You slam on your brakes; barely avoiding the car.

When it comes to dealing with challenging conditions like chronic fatigue, a permanent, perverse, and personal mindset is not what’s going to benefit you. To overcome fatigue, an optimistic mindset needs to reign supreme. Something as seemingly insignificant as your mindset can be the difference between fatigue and flourishing.

How your mindset affects your health (and your energy)

Is it plausible that a pessimistic mindset can worsen your fatigue?

Research suggests your mindset can do much more than controlling your energy levels. It can even have an effect on your lifespan.

In one study, researchers arranged three groups of rats. Group one was shocked without any control over the situation. Group two could escape the shocks by pushing a leaver. And group three was the control group, no shocks were administered. (5)

The crux was that all the rats had a malignant tumor (sarcoma) implanted onto their abdomen. Under normal conditions, this cancer consistently killed one in two rats.

What do you think happened to the tumor in each of the three groups?

In group three (the control group – no shocks administered) fifty percent of the rats died as a result of the tumor. This was the normal, expected ratio.

In group two (the rats that learned to escape the shock) seventy percent of the rats were able to fight off the tumor. A twenty percent improvement above what was normal!

Research into the effect of optimism/pessimism had on health took off. It was shown that the immune system in the helpless rats (specifically T cells and natural killer cells) lose both their ability to kill foreign invaders and multiply rapidly. In essence, hopelessness/pessimism makes your immune system weaker.

Your mindset can have a dramatic influence on your fatigue. To successfully overcome fatigue, you need to shift your mindset to an optimistic outlook. Doing so will improve your health in more ways than just energy production! It will improve your immunse function and may also help you live longer.

Can fatigue be made worse by your mood?

The difference in health outcomes between that of optimists and pessimists is striking. Study after study has found positive health outcomes are strongly correlated with optimism. (6, 7, 8, 9, 10, 11) Even though the pessimistic outlook is generally more likely to be correct.

Why do optimists have better health outcomes than pessimists?

Optimists are less likely to become depressed. When the optimistic person fails, she gets back on the horse shortly after the failure. The pessimistic individual gives up. Optimists tend to stick to health/wellness regimes more strongly than pessimists.

If you’ve tried my fatigue reset diet, you know that altering your nutrition in that way takes a great deal of sustained effort. You’re bound to slip up (probably more than once). If you can correct the ship and not let one slip-up get you down, you’re going to experience the fatigue fighting benefits of the nutrition plan.

To successfully overcome fatigue, you need to commit to many different lifestyle changes over the long term. An optimistic way of thinking will improve your likelihood of sticking with the recommendations of your practitioner.  A pessimistic mindset will predispose you to stop treatment the moment things become challenging. To overcome fatigue, you need an optimistic brain.

Below, I’ll show you how to learn to shift your mindset towards one of optimism.

How to become more optimistic (and improve your fatigue at the same time!)

When your life/career/relationship(s) is/are on the line, don’t default to optimism. In these situations, a balanced mindset is preferred. You’re then better able to analyze the potential consequences of your actions.

Now let’s dive into how to train your brain to be an optimist.

Distraction is exactly what it sounds like – you find novel ways to distract your brain from focusing on the negative. Some people snap an elastic band on their wrist when they become aware of their pessimistic dialogue. This cues their brain to focus on something else in the environment. Perhaps you could pull out your phone and look at a picture of your family. Or, look to your surroundings – what there can absorb your attention?

This simple act of distracting yourself prevents pessimistic dialogue from continuing on-and-on in your head. If you really do need to ruminate on a thought or situation, make a deal with yourself that you’ll set aside time later in the day for problem-solving. Write down your thought/worry and return to it when you have time to focus on solving the situation.

By continually interrupting your negative thought patterns, you create a habit that predisposes your brain to stop itself from venturing too far down the hole of shame. This practice trains you towards an optimistic point of view. It’s a stellar first step towards cultivating an anti-fatigue mindset!

A better, longer lasting solution to a pessimistic mindset is using the skills of disputation. Argue with yourself. Convince yourself otherwise. Dispute your beliefs with all you’ve got!

Imagine you’re back in the car after someone has just cut you off. You start with your usual monologue of “I’m not a good driver… blah blah blah“. Instead of convincing yourself that’s true. Fight it. Facts are a great way to dispute. Perhaps you could say “I’m blowing things out of proportion. I don’t have any demerits on my driver’s license, I have no speeding tickets, and I haven’t been in an accident for over ten years. These are all signs that I’m a great driver. Defensive driving is not a bad way to drive….”

By disputing the thoughts in your head, you change your mindset from pessimism to optimism. One thought at a time. When you first start this practice, you may find that writing down your thoughts will better help you challenge them.

Start by writing down the adverse thought or event. A simple description will do. Next, write your belief(s) surrounding that event. Your beliefs are how you interpret the adversity. Then, write down the consequences of the adversity. Consequences are how you feel about the adversity. Finally, write down your disputations. Disputes are strengthened with facts. Look for evidence against your beliefs. Explore alternative beliefs to your own. Perhaps, most importantly, challenge yourself – how useful are the beliefs you hold? Do you need to hold that belief?

When you first start the disputation technique, the practice of writing it all down can feel very therapeutic. Getting all your thoughts and emotions down on paper has a way of helping your brain better organize its thoughts. This will help lead to creating an optimistic, chronic fatigue beating mindset.

Give it a go. And be sure to let me know how an anti-fatigue mindset has helped you regain some energy in the comments section below!

Want to know more than your doctor about fatigue? Click here to learn the best ways to create a clear, focused mind. 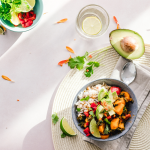 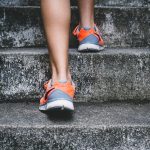