You are here: Home / Eat for Energy / Can Gluten Cause Depression?

By age forty, 50% of the Canadian population will have or have had a mental health disorder. (1) Could gluten be part of the problem?

What exactly is depression?

Feeling low or down in life is not an uncommon part of the human experience. But where do we draw the line between a bad month and depression? The Diagnostic and Statistical Manual of Mental Health Disorders, has created robust diagnostic criteria for the proper diagnosis of clinical depression. They call this the DSM-V – it is the most recent publication outlining classification and diagnosis of mental health disorders. Regarding depression, the DSM-V follows the following criteria for diagnosing depression: (2)

So, the next time your doctor thinks you’re depressed, make sure she’s familiar with the above criteria. At the time of this writing, they’re the most robust and up to date.

For those of you that have celiac disease or gluten sensitivity, don’t a lot of the listed symptoms reflect the way you felt before adopting a gluten-free diet?

This is where diagnosis gets complicated. Do you actually have depression? Or, are your symptoms caused by a different disease altogether?

Are there different types of depression?

Yes, to further complicate the diagnostic picture, there is more than one type of depression. The above DSM-V criteria are specific to clinical depression. Other types of depression include:

At the time of this writing, there is no depression category unique to gluten intolerance or chronic illness. Both are generally classified under clinical depression.

Imagine if you suffered (for years) with fatigue, dull aches in your joints, itchy skin, headaches, and diarrhea/constipation. Each time you visit your doctor, he prescribes a medication to help with one of your symptoms – steroid cream for the itchy skin, painkillers for your joints and headaches, and a heartburn medication to settle your stomach. The medications help (temporarily) with your symptoms. But they always return. And, the medication has unwanted side-effects. Would you not start to feel depressed?

Can gluten cause depression?

The exact effect gluten has on our mental health is a topic of research. At the time of this writing, there is no specific cause-effect relationship between gluten and depression. However, we do know that there are certain correlations between the two:

If you have depression, should you go gluten-free?

Let me ask you this:

If you have depression, why would you not try a gluten-free diet?

The one study that showed a connection between a gluten-free diet and increased risk of developing depression illustrated the potential for social isolation, and eating disorders to develop. This study was written in 2013. Since then, going gluten-free has gotten much easier. Most restaurants have at least a couple options for those following a gluten-free diet. Public acceptance of gluten-related disorders continues to improve as well.

How to start a gluten-free diet if you’re depressed

If you’re already bordering on overwhelm, the thought of a complete dietary overhaul can seem terrifying. This is often what stops us from starting. After helping hundreds of patients successfully transition to a gluten-free diet I’ve learned that success does not come overnight.

You do not have to be gluten-free by tomorrow. A slow, methodical pace towards achieving a gluten-free diet is ideal. For some, that may take a week. For others, six months. There is no rush. The key is creating new shopping, eating, and food preparation habits; and habits are not formed overnight.

The first step I recommend everyone follows is to first educate yourself on the products that contain gluten. I’ve written about these foods here. Some foods obviously contain gluten, like bread and pasta. Others are less intuitive, like soy sauce, canned beans, or instant coffee. Once you know what contains gluten, identify which foods in your diet make up 80% of your gluten consumption. For most people, it’s bread and pasta.

Now, it’s time to alter your shopping experience. When you’re first starting a gluten-free diet, purchasing gluten-free alternatives is the best place to start. Bread and pasta can be swapped with gluten-free varieties. Add these new additions slowly. Find gluten-free brands/products you enjoy the taste of. We want this transition to be sustainable.

With the simple change in bread and pasta, you’re likely already 80% gluten-free. All with little effort and no overwhelm. Removing the remaining 20% of gluten exposure is where it can get cumbersome. I recommend staying 80% gluten free until it feels effortless. Only then should you (slowly) begin making the push for removing the additional 20%.

To make the final push towards removing the last 20% of gluten in your diet, please see this post. It outlines all the places gluten hides and the aliases it goes by on ingredient lists.

What helped make your transition to a gluten-free diet comfortable and low stress?

Did removing gluten from your diet help improve your mood? How long did it take for you to notice a change?

For more info on how a gluten-free diet can help you beat fatigue, click here. 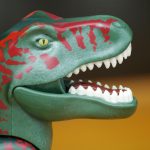