You are here: Home / Clear Focused Mind / Carbon Monoxide Poisoning: A Hidden Cause Of Fatigue

One of the more dangerous compounds on planet Earth is colorless, odorless, tasteless, and invisible. It’s undetectable without specialized sensors.

And it could be one of the main causes of your fatigue.

Let’s start this post by expounding on the symptoms of carbon monoxide exposure!

The symptoms of carbon monoxide poisoning

The most common symptoms of CO poisoning include:

These symptoms are non-specific. Meaning that they don’t point towards any illness in particular. There’s no hallmark sign of carbon monoxide poisoning. Which makes it incredibly hard to diagnose.

I’m confident that any of my readers who’ve received a diagnosis of chronic fatigue syndrome exhibit some combination of the above symptoms. Other victims of chronic exposure to carbon monoxide may experience intense sensitivities to light, sounds, smells, and tastes.

Sounds a lot like mast cell activation syndrome, doesn’t it?

Why diagnosing carbon monoxide poisoning is so challenging

If the carbon monoxide sensor in your home is going off, you should be heading to your local emergency room. Stat. There, doctors will measure something called carboxyhemoglobin.

Carboxyhemoglobin can be used to diagnose carbon monoxide poisoning. But only immediately after an exposure. If you were to wait a few days before heading to the emergency room, the carboxyhemoglobin marker would be inaccurate. Even exposing yourself to fresh air for a few hours after exposure will dramatically lower carboxyhemoglobin levels. (4)

If your carbon monoxide detector is activated, head to your local emergency room ASAP.

Now you know why anyone with chronic fatigue syndrome should not smoke! Cigarettes increase your carboxyhemoglobin levels up to 5x higher than non-smokers. This alone will contribute to your fatigue.

Why diagnosing chronic carbon monoxide exposure is even more challenging

Since CO is odorless, colorless, and tasteless, you’ll have no idea that a small leak is present. But you will experience strange symptoms. Your energy levels will certainly start to decrease. You may find that thinking or other cognitive tasks become challenging. Headaches may occur whenever you’re at home.

Exposure to carbon monoxide will likely occur only at one location. Thus, every time you leave, you’re going to be exposed to fresh air and clean oxygen. This will lower your carboxyhemoglobin levels. Which will make obtaining an accurate diagnosis incredibly challenging.

How much carbon monoxide does it take to make you sick?

Outside air is composed of only .001%  carbon monoxide. The more densely populated an urban population, the higher the levels of CO concentration are in the air. (7)

As your carboxyhemoglobin levels increase, your symptoms become more severe. A general guideline for symptoms associated with carbon monoxide poisoning is as follows: (8)

As far as carbon monoxide concentration in the air, the following levels can make you sick: (9)

Why chronic fatigue syndrome might really be carbon monoxide poisoning

The inherent problem with carbon monoxide is that it’s far better at binding to your hemoglobin than oxygen is.

Remember, hemoglobin is what carries oxygen through your blood to your tissues. Without hemoglobin, your tissues wouldn’t be able to obtain adequate oxygen and they (along with the rest of you) would die.

When you’re exposed to carbon monoxide, the CO outcompetes oxygen. This results in less oxygen transport to your tissues. One of the hallmark signs of decreased oxygenation of your tissues is fatigue.

Have you ever been through a grueling workout?

One where you were so tired that your muscles just couldn’t contract anymore. That occurred because your muscles were low in oxygen. Anaerobic training like CrossFit or HIIT workouts force your body’s muscles to work in an environment that’s deprived of oxygen. It’s a stellar training ground to develop mighty mitochondria – which are absolutely essential in overcoming fatigue.

Carbon monoxide poisoning creates a similar environment – one where your body struggles to obtain enough oxygen to properly supply its tissues.

Much like toxic mold and Chronic Inflammatory Response Syndrome, carbon monoxide has been shown to affect VEGF levels. (10, 11, 12) VEGF is thought to be a potential diagnostic marker of chronic fatigue syndrome.

While there have not been any specific studies done to prove a causal link between chronic fatigue syndrome and carbon monoxide poisoning, there is plenty of preliminary evidence to suggest the two conditions are connected.

If you’re dealing with CFS, it is certainly worth your effort to be 100% sure there is no carbon monoxide leak in your home or office.

Did you know: Stress causes your body to release carbon monoxide

As anyone with chronic fatigue syndrome will tell you, stress makes the fatigue worse. Just so we’re crystal clear, when I use the word stress, I’m not only referring to the typical financial/family/lifestyle stress we all know. I’m referring to hidden sources of stress.

When you’re under stress, your body can increase the production of a compound known as heme oxygenase-1 (HO-1). Heme oxygenase-1 breaks down heme which is an iron ion. When this process occurs, one of the metabolites created in the reaction is carbon monoxide.

Any excess of carbon monoxide is going to be a serious drag on your body’s energy production capabilities. With that in mind, you’re going to want to ensure you’re not dealing with any of the 3 hidden stresses. Additionally, stress reduction practices like meditation or time spent in nature will be a great strategy to keep stress levels in check.

I would say that every chronic fatigue patient I’ve worked with was dealing with at least one of the three hidden stresses I listed above. And that’s in addition to the lifestyle stresses that come from dealing with a chronic illness.

While it’s unrealistic to aim for a stress-free life, it is possible to identify and remove the hidden stress(es) that could be contributing to carbon monoxide poisoning.

But after addressing stress, how else can you help to treat chronic CO exposure?

The first and most important step is to identify and repair any carbon monoxide leaks. While the repair process is occurring, be sure to avoid spending time in the area of exposure as best possible.

Typical treatment for carbon monoxide exposure is oxygen therapy. The patient is exposed to 100% oxygen inhaled through the nose at a rate of 6-10 liters per minute for two hours per day. (13)

This therapy is easy to obtain after a large exposure to CO. But if you’re dealing with chronic carbon monoxide poisoning, don’t think you’ll easily obtain a prescription for bottled oxygen. There are specific diagnostic criteria that need to be met if you’re to be able to utilize bottled oxygen at home. Since chronic exposure to carbon monoxide is rarely able to be confirmed via laboratory testing, it is unlikely that you’ll be able to get a prescription for bottled oxygen.

Another option for therapy that you’ll be able to obtain without a prescription is hyperbaric oxygen therapy. In a hyperbaric chamber, the atmospheric pressure is far greater than what you’ll experience outside the chamber. It’s like the feeling of pressure you experience when you’re underwater in the deep end of the pool.

By utilizing pressure, hyperbaric chambers are able to force oxygen into your cells. This is done at a much faster rate than can be done through bottled oxygen. (14) And you don’t need any sort of prescription to start therapy! Now, this is all well and good for large exposures carbon monoxide.

But what about chronic exposure?

Unfortunately, there’s not a great deal of research on the subject. But there is one study. It was small – only 34 participants. But it did show some remarkable results.

This study recruited 34 patients with chronic fatigue syndrome. In addition, all 34 of these patients also had hypersensitivity to noises, lights, and odors. By following the treatment protocol – which only utilized oxygen therapy – 100% of patients had an improvement in their fatigue, 25%  claimed to be cured of all their sensory sensitivities and 38% were cured of all but their chemical sensitivities. (15, 16)

Should you try oxygen therapy for your fatigue?

I’d have a hard time arguing why not. Those not dealing with carbon monoxide poisoning, tend to tolerate oxygen therapy poorly. They don’t notice a change in their symptoms for the positive.

But if carbon monoxide poisoning is playing a role in your fatigue, you’ll likely find an improvement in your symptoms in a relatively short time. Many patients notice an improvement in symptoms within the first week of therapy. (17) Symptoms completely resolve within 1-2 months.

Since there are no real negative effects of oxygen therapy, I can’t find a good reason for you not to give it a try. As the study said, most people noticed an improvement in symptoms within the first week of therapy!

Ok, now you more than your doctor about carbon monoxide and its effect on your fatigue!

How did carbon monoxide affect your energy?

What did you utilize for treatment? 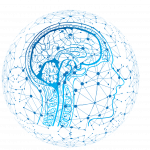 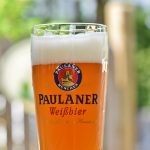 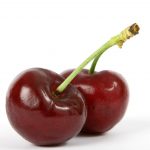