You are here: Home / Fatigue-Free Body / The Serious Consequences From Long-Term Use Of Heartburn Medications

Long-term use of common medications that help alleviate heartburn have been linked to an increased risk of early death.

Did you catch that?

A recent study published in the British Medical Journal has linked the long-term use of PPI’s (proton pump inhibitors) or drugs that suppress stomach acid to an increased risk of early death.

In Canada, there were an estimated 4 million prescriptions written in 2010 alone. In the United States, an estimated 15 million patients were prescribed acid-suppressing medication in 2013. (1)

As the number of people taking PPIs continues to increase, information around the safe use of PPIs is more important than ever.

What are proton pump inhibitors (PPIs)?

PPIs or proton pump inhibitors suppress the amount of acid secreted by the stomach.

PPIs treat many different varieties of stomach acid disease. The most common of which is gastroesophageal reflux disease (GERD); known more commonly as heartburn. Additional diseases that PPIs treat include:

Taking a PPI daily for 5 days will decrease stomach acid production by 66%. (4) PPIs need to be taken regularly to ensure they are effective. Taking a dose intermittently will not produce any noticeable results.

Common brands of PPI medications include:

What are the risks of taking heartburn medications?

In the short-term, the risks are minimal. And, the benefits far outweigh the potential side-effects. However, the problems start to compound when PPI use occurs for longer than 2 months. In fact, long-term use of proton pump inhibitors has a lengthy list of serious side effects. Some of the more serious effects include:

Below, I’ll tackle each of the above risks in more detail.

Chronic kidney disease (CKD) is a long-term, progressive loss of kidney function over a period of months or years. (5) In the early stages, CKD will present with no symptoms. However, as the disease progresses, symptoms increase in severity. Those suffering from chronic kidney disease may report fatigue, anorexia, nausea, and vomiting. (6)

At the time of this writing, how PPI use causes kidney disease is unclear. The proposed hypothesis from the quoted study is that PPI use alters the bacteria found in our digestive tract which changes the way our body uses food. Additionally, PPI use may suppress the kidney’s ability to heal itself. (9)

Clostridium difficile (better known as c-difficile) is a toxin-producing bacteria that causes antibiotic-associated colitis. It colonizes the human intestinal tract after the normal gut flora has been altered by antibiotic therapy. (10)  In fact, it is one of the more challenging bacterial infections to treat as the bacteria has adapted to be resistant to many forms of antibiotic therapy.

One study tracked over 300,000 patients risk in developing c-diff infections after PPI use. (12) This study showed that there was a 65% increased risk of developing c-diff after using acid-suppressing medication. (13) The authors of the study strongly recommended limiting the long-term use of PPI medication. Especially in those with a history of gastrointestinal illness.

PPI medication suppresses stomach acid excretion. This lowering of stomach acid can change the way certain vitamins and minerals are absorbed. (14) As a result, deficiencies can occur – two of the more serious being magnesium and vitamin B12.

Vitamin B12 (cobalamin) is an essential nutrient that we obtain from animal-derived food sources including meats, fish, shellfish, poultry, eggs, and dairy products. Lacto-ovo vegetarians are generally not considered to be at risk for deficiency, while true vegans may risk deficiency unless they consume supplements or foods fortified with vitamin B12. (15) B12 deficiency generally comes on slowly and without symptoms. As the B12 deficiency becomes more severe, symptoms begin to manifest. Some of the more common symptoms of B12 deficiency include weakness, fatigue, tingling or numbness in the fingers/toes, a swollen tongue, and alterations in bowel motility.

Adequate levels of stomach acid are required in order for B12 to be properly absorbed. Without stomach acid, the body is unable to remove B12 from dietary proteins and absorb it. (16) Those at the greatest risk for B12 deficiency due to PPI use include the elderly and those with a condition called Zollinger-Ellison syndrome. (17,18)

Magnesium deficiency or hypomagnesemia occurs when there are low levels of magnesium circulating in the blood. Common symptoms include tiredness, generalized weakness, muscle cramps, abnormal heart rhythms, tremors, and palpitations.

A 2012 study confirmed that long term use of PPI medication lowers magnesium levels. (19) However as of yet researchers have not discovered why this is.

A recent review of all the published literature on PPI use from 1970 up to 2010 revealed that there was a significant risk of fractures for those taking PPI medication. (20) In fact, there was a 30% increased risk of hip fracture and more than a 50% risk of developing a spinal fracture. (21) The increased risk of hip fracture occurred in both short (<1 year) and long-term (>1 year) use. Though, the risk increased significantly after being on the medication for greater than 5 years.

The above study found the risk of fractures to be equal amongst men and women taking PPI medication. Researchers believe that the lowered stomach acid concentration results in a lowered absorption of calcium carbonate. (22) Animal models confirm that Omeprazole (a type of PPI) lowers calcium absorption. (23)

The most recent study on PPI medication shows a 25% increased risk of early death. (24) In research terms, that doesn’t mean that 1 in 4 people taking PPI medication will die early. Instead, it means of 500 deaths, one will be due to the use of PPI.

While that may not seem like much, consider that in the United States, PPI use increased from 3.9% of the population to 7.8% between 1999 and 2012. (25) That translates to more than 25 million people taking PPI medication. Which results in over 50,000 people likely to suffer an early death because of this medication.

What makes this even more alarming is that studies estimate between 53%-69% of PPI medication is prescribed inappropriately. (26, 27) These are conditions that likely do not receive any benefit from the use of PPI medication.

The above study also shows that the risk of early death increases based on how long the PPI medication is taken. There was no risk for those taking medication less than 30 days. However, the risk increased substantially for each additional month one on the medication. (28)

What is clear is that PPI use does increase the risk for fractures, kidney disease, vitamin/mineral deficiencies, and Clostridium difficile (c-difficile) infections. And these are definitely risk factors for early death.

Common risk factors that contribute to GERD include:

A thorough investigation into the root cause of your heartburn or GERD is essential. Once you identify and fix the root cause you will no longer need PPI medication.

While the search for the root cause is underway, there are other medications that have fewer risk factors. These include histamine receptor antagonists (H2RA’s) and prokinetic medications.

Histamine receptor antagonists can provide symptomatic relief from heartburn and GERD. However, because the body builds up a tolerance to them they can’t be used over the long term. In fact, after only 1-2 weeks, they no longer stop the erosion of the esophagus from stomach acid.

Prokinetic drugs speed up the time it takes for food to move from your esophagus to your stomach and finally into your intestinal tract. This can decrease the acid build up and thus decrease the symptoms associated with GERD. Unfortunately, prokinetic medications have unfavorable side effects including tremors, fatigue, and an increased risk of cardiac events.

It is clear the medications are not the ideal solution for heartburn and GERD. In the long run, the risks certainly outweigh the proposed benefits.

Natural remedies for heartburn and GERD

At the risk of sounding redundant, I’m going to reiterate how important it is to determine the underlying or root cause of your heartburn/GERD. While the following remedies are natural, they may not get to the cause of your symptoms. Working with a knowledgeable practitioner can be invaluable in solving this problem (for good!).

These lifestyle alterations may be helpful to those suffering from GERD. But keep in mind they have not been evaluated through peer-review scientific literature (yet). (37)

Recent research has shown that those with GERD have reduced melatonin levels. (38) Remember, melatonin is a hormone our body produces to regulate our sleep-wake cycle. Melatonin helps to synchronize our body with the light-dark cycle. It is also commonly used as a sleep-aid.

But did you also know that melatonin is important in gut motility? Melatonin decreases the production of stomach acid. (39) Melatonin also helps stimulate bicarbonate excretion (this neutralizes stomach acid) which helps protect our digestive tract from excessive amounts of acid.

More surprisingly, melatonin may help prevent relaxation of the lower esophageal sphincter. The relaxation of this sphincter allows stomach acid to move up the stomach, into the esophagus – this is often the cause of GERD. (40)

A type of herb known as demulcent are the remedy of choice for heartburn and GERD. Demulcent herbs relieve both inflammation and irritation – two common symptoms of GERD. Common herbal recommendations include: (41)

It’s important to keep in mind that diet and lifestyle interventions should be the first step in treatment. If alterations do not lead to resolution of GERD symptoms, a thorough examination of the digestive tract is in order.

What have you used to cure heartburn?

You can read more about IBS here. 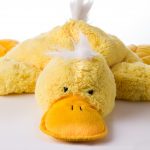 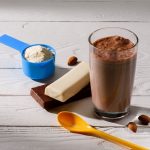 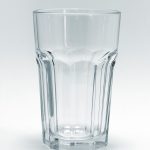