You are here: Home / Eat for Energy / Gluten And Osteoporosis: What’s The Connection?

Those with untreated celiac disease are at a nearly 50% increased risk of developing osteoporosis. (1) The solution: simply adhering to a gluten-free diet.

Osteoporosis is a Greek word for “porous bone”. It is a disease where there is a loss of bone mass which then increases the risk of a fracture. Osteoporosis is commonly associated with celiac disease and (possibly) gluten sensitivity.

Some startling facts about osteoporosis in Canada: (2)

A brief introduction to bones

Bones are often thought of as a structural support to the body. Did you know bones also produce red and white blood cells and store minerals? Bones are composed of collagen and calcium phosphate. This is why you hear the media constantly telling you to eat foods rich in calcium. In fact, bones are what help us maintain healthy levels of calcium in our blood.

The formation or building of bone is a process called ossification. This process requires calcium. The majority of ossification occurs during childhood, early adolescence, and early adulthood. After we turn thirty, it’s a slow degradation of our bone tissue. The degeneration is often accelerated in women during menopause. It’s incredibly challenging to rebuild bone tissue later in life. Osteoporosis occurs when bone resorption occurs too quickly or when calcium replacement occurs too slowly.

Bone building aside, calcium is also required for proper muscle function (including your heart), nerve transmission, and even the clotting of blood. This need for calcium takes precedence over the building of strong bones. Sometimes, to the body’s detriment. When our body needs calcium, hormones are utilized to extract more calcium from the food we eat, or, from our own bones.

Did you know that 99% of our body’s calcium deposit is found in our bones? (4) The remaining 1% is found in our blood. Calcium is absorbed by our body through our intestines. This is where the connection between gluten, celiac disease, and osteoporosis begins.

How does osteoporosis develop?

The three main mechanisms by which osteoporosis develops are: (5)

This post will focus on the second mechanism: excessive bone reabsorption.

The majority of calcium is absorbed in the upper small intestine. (7) The same area where celiac disease is known to exert the greatest damage. When our body is running low on calcium (often through dietary insufficiency), it signals the bones to break down and release calcium into the blood. If this continues to happen, the bone eventually loses its density, becomes brittle and is now osteoporotic.

The increased risk of osteoporosis for those with celiac disease is not as simple as a lack of calcium absorption. There are more variables at play. These include:

Osteoporosis in celiac disease was originally thought to be due to malabsorption. This makes good sense. In celiac disease, the immune system mistakes gluten for a foreign invader. The attack on gluten ends up damaging our digestive tract. The digestive tract is where vitamin D and calcium are absorbed. Deficiencies of either can lead to osteoporosis.

Those of the baby boomer generation or, those who have silent celiac disease often don’t receive a diagnosis until later in life. Children are sometimes thought to have outgrown their gluten allergy. In these cases, calcium malabsorption often occurs throughout childhood.

Remember how the majority of bone mass is formed early in life? The lack of proper bone growth early in life results in an increased risk of developing osteoporosis. Susceptible individuals may already be osteoporotic when the normal decline of bone mass begins occurring in adulthood.

As you can imagine, instructing your bones to release calcium over the long-term will result in a loss of bone mass. If this process occurs long enough, osteoporosis can develop.

While more information is needed, it is thought that those with celiac disease are at an increased risk of developing hyperparathyroidism. (14, 15, 16)

“Normal” menopause occurs between the ages of 45- 55. Premature menopause is when it occurs before the age of forty. Those with celiac disease, not adhering to a gluten-free diet, will often go through menopause much earlier in life (as early as mid-thirties). (17, 18)

Having a decline in the sex hormone, estrogen, is correlated with a rapid decline in bone mineral density. Should this occur early in life, the risk of developing osteoporosis increases even more.

As you know, celiac disease is an autoimmune disease. Meaning, your body is (unintentionally) attacking itself – your immune system mistakes its own cells for a foreign invader. In celiac disease, the attack is located in the small intestine.

However, these antibodies can do damage to areas outside of the small intestine. New research is suggesting that those with celiac disease may also be creating antibodies to their own bone. (19, 20) This would result in your body’s own immune system attacking and breaking down healthy bone tissue. Should this occur for a long period of time, it will lead to osteoporosis.

This new research offers additional emphasis for one to be on a strict gluten-free diet should he/she have a celiac disease diagnosis.

How is osteoporosis diagnosed?

The gold standard for diagnosing osteoporosis is done through dual-energy x-ray absorptiometry or DXA scans. The results of this scan can show your doctor the risk of fracture.

At the time of this writing, doctors use the bone density guidelines outlined by the World Health Organization (WHO). Unfortunately, new studies are showing that many fractures in postmenopausal women are occurring with a bone density reading above what the WHO considers normal. (19)

In addition to a DXA scan, your doctor should also order the following tests:

How to treat osteoporosis

If you have celiac disease, gluten sensitivity, or a strong family history of either, the most important step is to begin a gluten-free diet. A healthy digestive tract is absolutely essential to the proper absorption of vitamin D and calcium.

After a gluten-free diet is implemented and adhered to, a calcium-rich diet is the next step. Please note, that calcium requires vitamin D to be properly absorbed. The following chart outlines the calcium and Vitamin D recommendations for adults:

Some of our favorite calcium-rich foods include:

We still have much to learn regarding gluten and celiac disease’s influence on osteoporosis. We know that the mechanisms involved are more complicated than simply low levels of calcium and vitamin D. This means that just adding a calcium and vitamin D supplement to your daily routine is not enough to prevent osteoporosis if you have (or a family history of) celiac disease and/or gluten sensitivity.

Instead, one needs to be diligent with the complete removal and adherence to a gluten-free diet. This is the best way to protect yourself against developing osteoporosis.

What have you used to increase your bone mass? 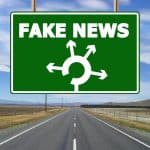 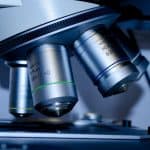